So we are almost wheels up on our trip out to Dallas for the DF95 Global event which starts later this week. We have an advance party on their way out tomorrow to throw Union Jack towels at the sunloungers around the hotel pool and check out the local eateries. Most are travelling either Thursday or Friday and we should have a full team on site by close of play on Friday ready for some practice on Saturday and Sunday.

Whilst we are away there will be a delay in registrations being processed as Wayne is taking an extended “vacation” and will be back in the saddle on the 20th November dealing with registrations.

Good luck to all those taking part, hopefully we can bring some trophies home…….. 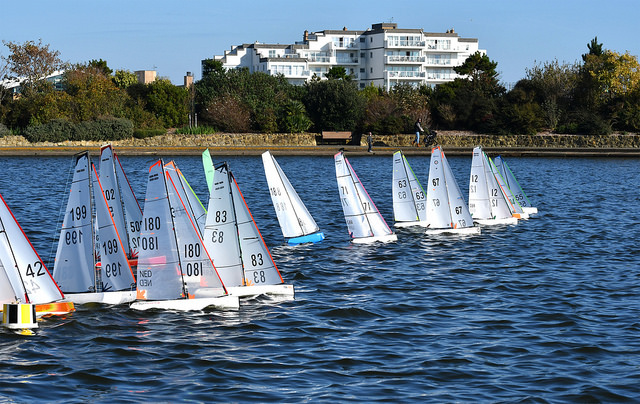 As promised Dave Pickett has edited and uploaded a number of photos onto his Flickr site, please clicky here to take a look. Thanks Dave!

Lots of great banter over a windless (ish) weekend sat round a pond in Eastbourne. Full weekend roundup is available on the Results page.

Driving down to Eastbourne yesterday was difficult for most of the travellers, some set off early and had short delays, others set off later and had more significant travel trauma but Friday night is usually a fun fleet night out and the Tomato & Cheese Italian provided a good deal of amusement.

This morning was a sloooow start, the 0945 briefing went well with some added pond history thrown in for good measure but even with the extended history lesson we still couldn’t muster enough wind to complete the three seeding races before pretty much midday. Much sitting around, much laying and re-laying of the course only to find that the wind had moved around once more or completely gone.  The tea trolley did good trade whilst waiting for the breeze which finally appeared just before lunch.

A super tough day for all involved, the race team had a horrible job and did a superb job to get the five races in with the three fleets. Jez was a whiz in the dinghy and the shore team did a sterling job too. Tea trolley and catering team did equally well keeping us fed and hydrated.

Nigel was victorious on the day, five points clear of Derek and Tim, tied on 15. Tushy could only muster a 4th place finish on 16 points with Ken Binks and Peter Baldwin in fifth and sixth spots.

Well done to all 36 skippers that took part, travelling far and wide to enjoy yet another nice day by a pond.

More tomorrow and the wind is forecast to be just as light…or lighter. 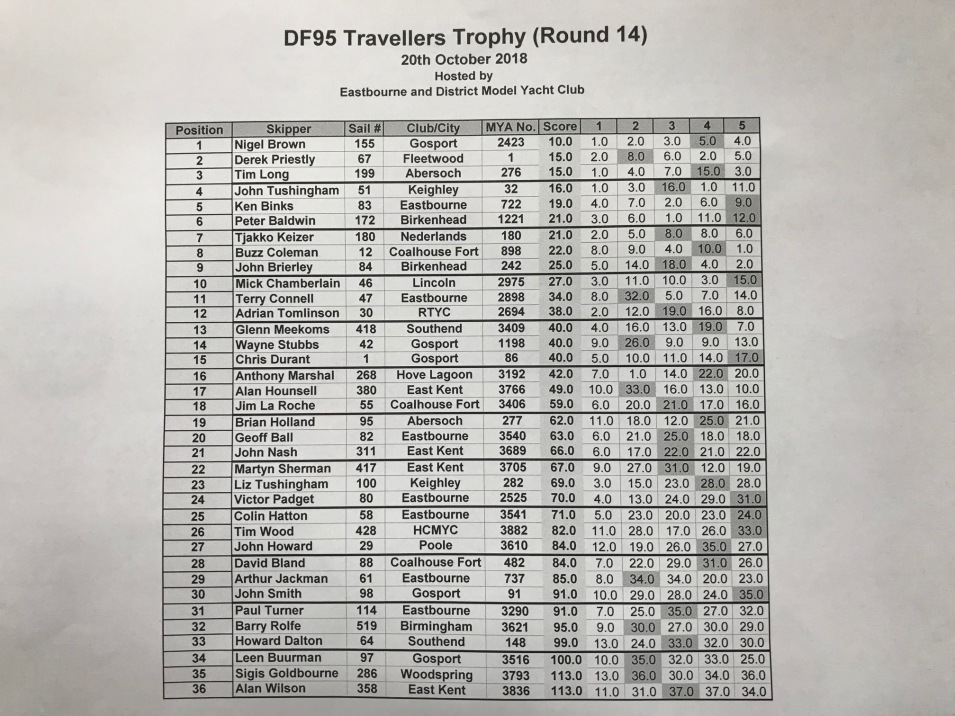