So I’m back at HQ for a brief hour or two having spent another day tramping up and down the bank at Lincoln MYC. Today we notched up a mere 5.5 Miles again, this time under a big blue sky with some scudding fluffy clouds to show us that the breeze was definitely there.

An early kick off meant that there were still a few underperforming skippers during the morning session including JT who used two of his three discards in the first couple of races. Uncle Derek took the first from Snackers and Buzz. Race 2 was Ken from Buzz and Mike and it wasn’t until race 3 that JT found the front of the fleet however he wasn’t to win another race until the afternoon session when he really perked up a bit.

In reality there was no standout performance from any one skipper today, there were consistency issues for many skippers who found the conditions challenging with almost all the skippers catching some ‘salad’ in each race. Whilst it doesn’t stop a DF95 dead like it can do with a 65 it does make a noticeable difference to the performance and if you could get into remove it you certainly saw the difference, but could you cope with the places you lost in performing the task. And so began salad roulette.

So the race wins were shared between the top five or so skippers with overall scores being a little higher than usual across the fleet.

The day ended with JT top of the pile, Buzz sailed well to pip Mike Weston to second by a single point with Ken in 4th, Derek 5th, Snackers 6th and Liz in 7th having had a great days sailing.

Prizes were handed out as were the overall series prizes. So that concludes the 2017 DF Racing TT Series and with more than 150 skippers taking part we’ll call it a success.

Next season kicks off at West Lancs in February when we will start another TT series.

Some of today’s winners pictured below along with the results sheet. 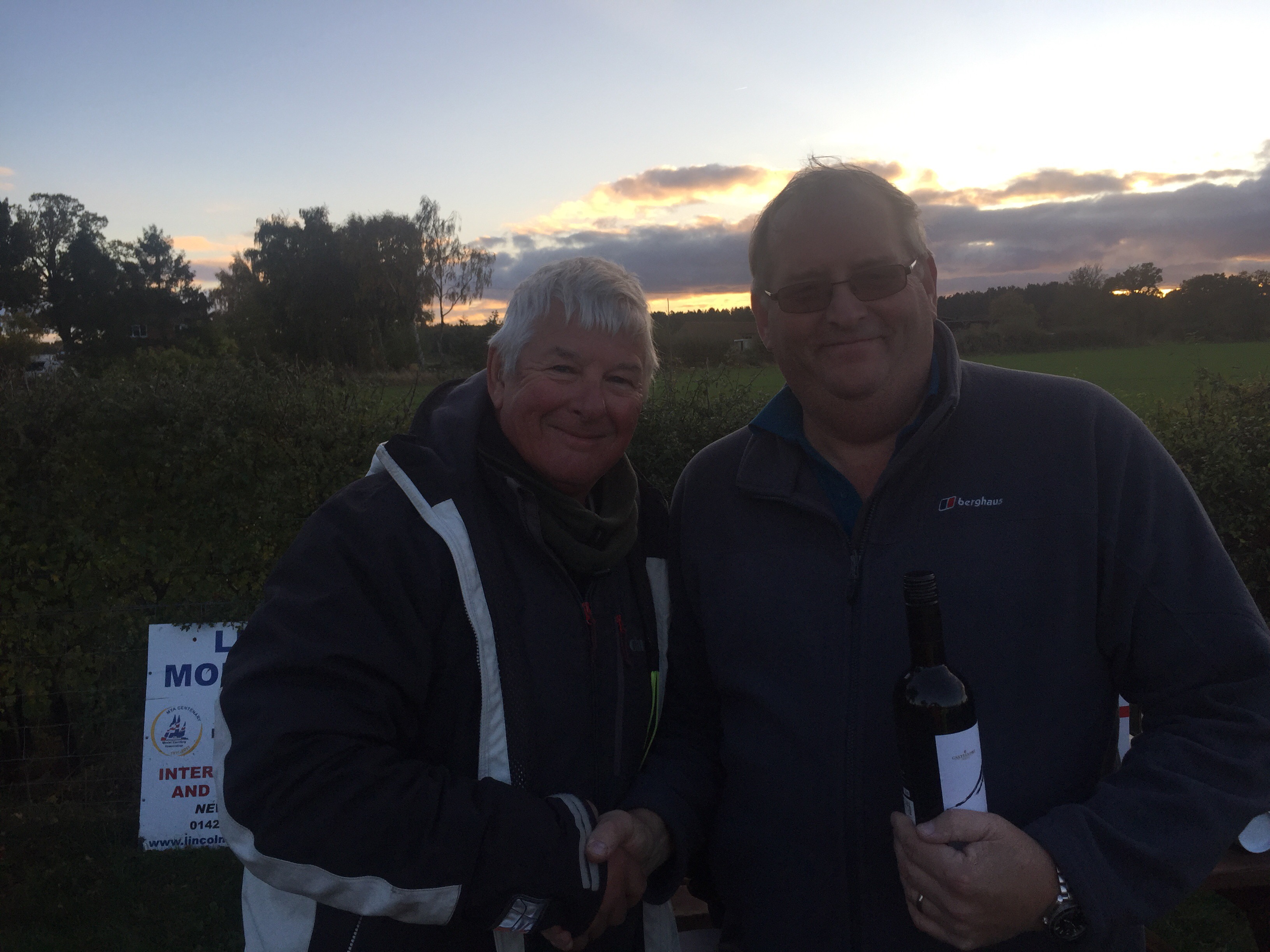 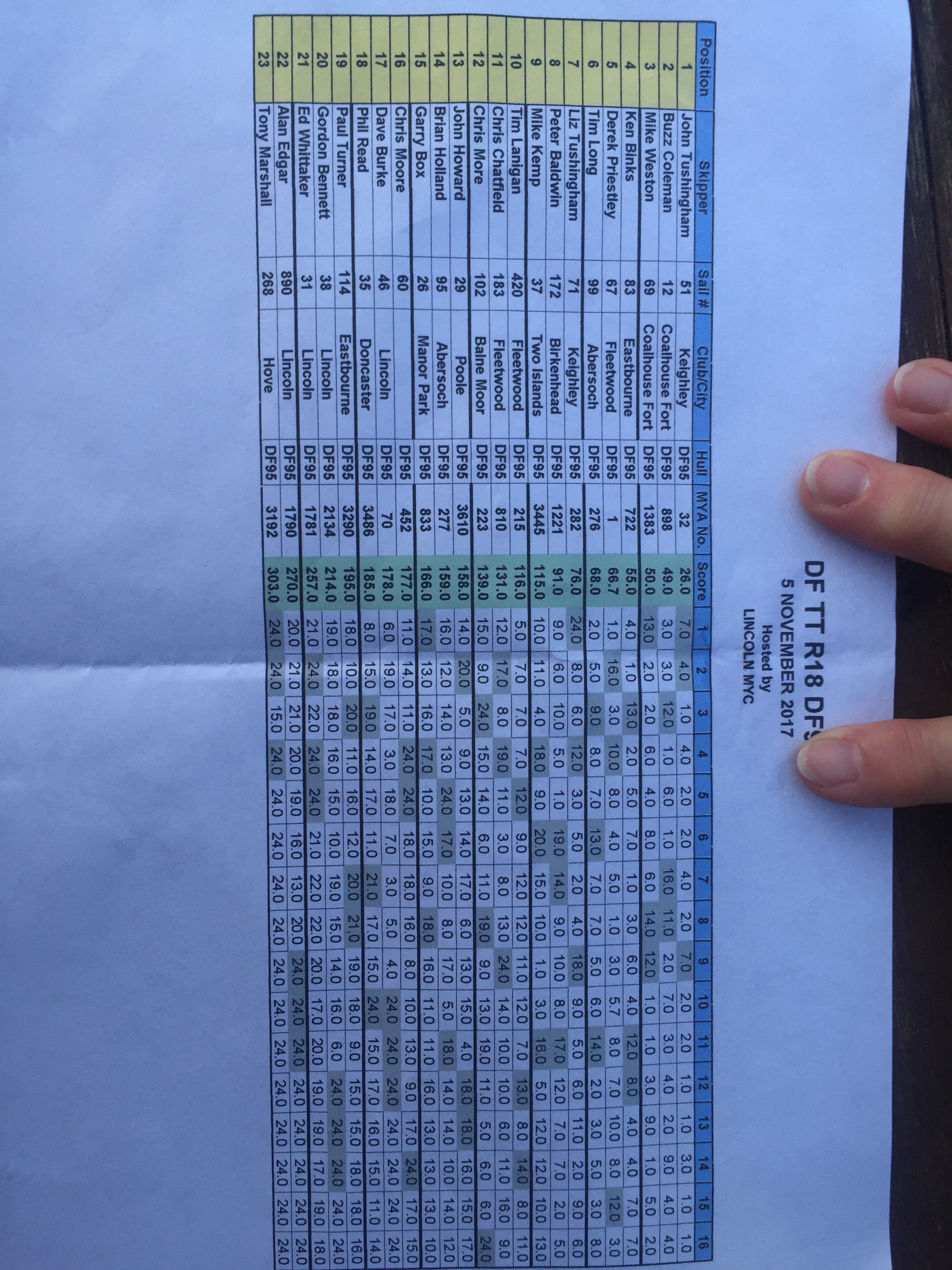